I’ve been working on SPIN for a little over a year now.

Our team has gone through many different phases.

We started with 20+ “yes” people (majority of which didn’t reply to my messages let alone go to meetings) to a lean core of 4 (a result produced with a considerable amount of perspiration, persistence and prayer), and, now a growing group of 13 dedicated to the vision and mission (and game nights).

Somewhere in between all of that, I had the distinct feeling of being alone. 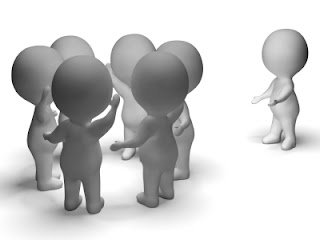 Hey guys… I got a bald head too… why won’t anyone play with me…
(Image courtesy of Stuart Miles / FreeDigitalPhotos.net)

I was creating a collaborative platform/network and I was paralyzed when my expectation of “collaboration” started to look a lot less like a well-oiled Spartan army and more like I was an ill-equipped Battousai trying to fight a battalion with a reversed-edge sword (sorry to those who didn’t get the reference). 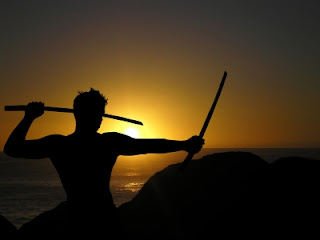 “I can do this… just 564 more challenges to go!”
(Image courtesy of Jennifer Ellison / FreeDigitalPhotos.net)

Desperate and disheartened, I found myself having a conversation with my girlfriend, a partner not only in life but also in business. She had a full-time job and I felt abandoned to do my mission alone. Overwhelmed, I broke into tears, requesting, no, begging for support.

She said something that moved me…

Don’t you think – Gandhi, Jesus – anyone who has made a difference in the world – that somewhere along the way they felt alone and had to do the work anyway?

It could have been a clever way of distracting me with a flattering comparison to Jesus and Gandhi but I had to go beyond my own self-doubt and the possibility of self-adulation to get the value in what she was saying.

I had put a huge vision in front of me.

And what if, to move out of the rut, I had to stop looking outside for support and start believing that I was fully capable of doing this on my own.

I had a rare sense of clarity and moved beyond the desolation.

Eventually, of course I found the team members that could support me. This was because I was ready to accept them.

Read about the “Four-Fold Path Out of Desolation” here…